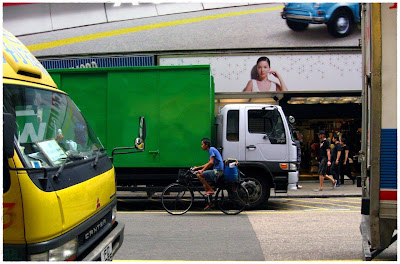 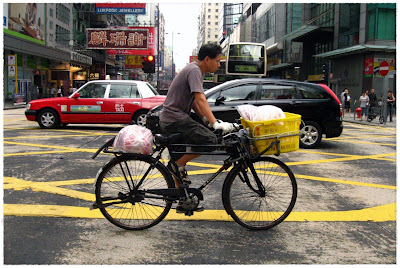 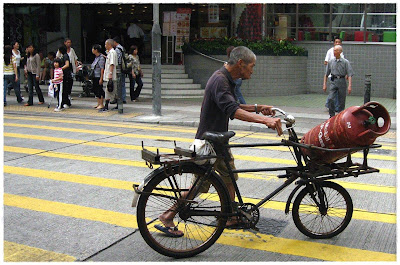 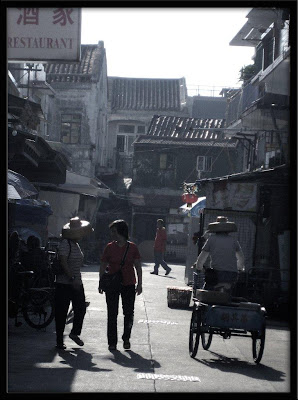 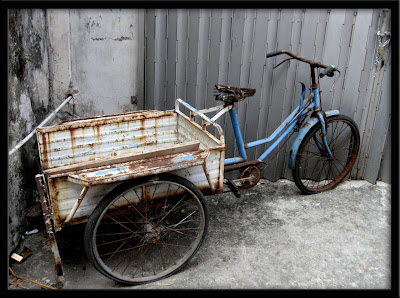 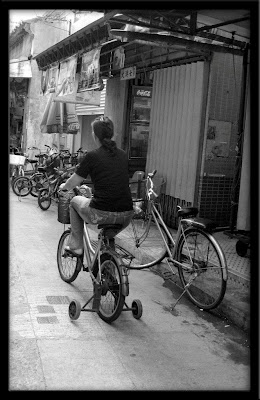 They all seem to have the same type of bike too: old, steel, 1940's China style, but has sort of a Swiss Army design (the double top bar gives it away as a Swiss design for me). Obviously these relics were built like tanks because even though they're probably 60 years old, they work fine!! I spent most times in the middle of the city, so it's true you don't really see the hobbyists out riding, and most commuters take the super efficient public transit system. It's also very dangerous to ride a bike in Hong Kong in the city. Too many taxis and buses and trolley trains and people!! It's very different from Japan, where bikes are an integral part of the transportation system, and you see them everywhere, including the city centers (like many modern European cities).