An Accordionist, His Dog and a Little Boy 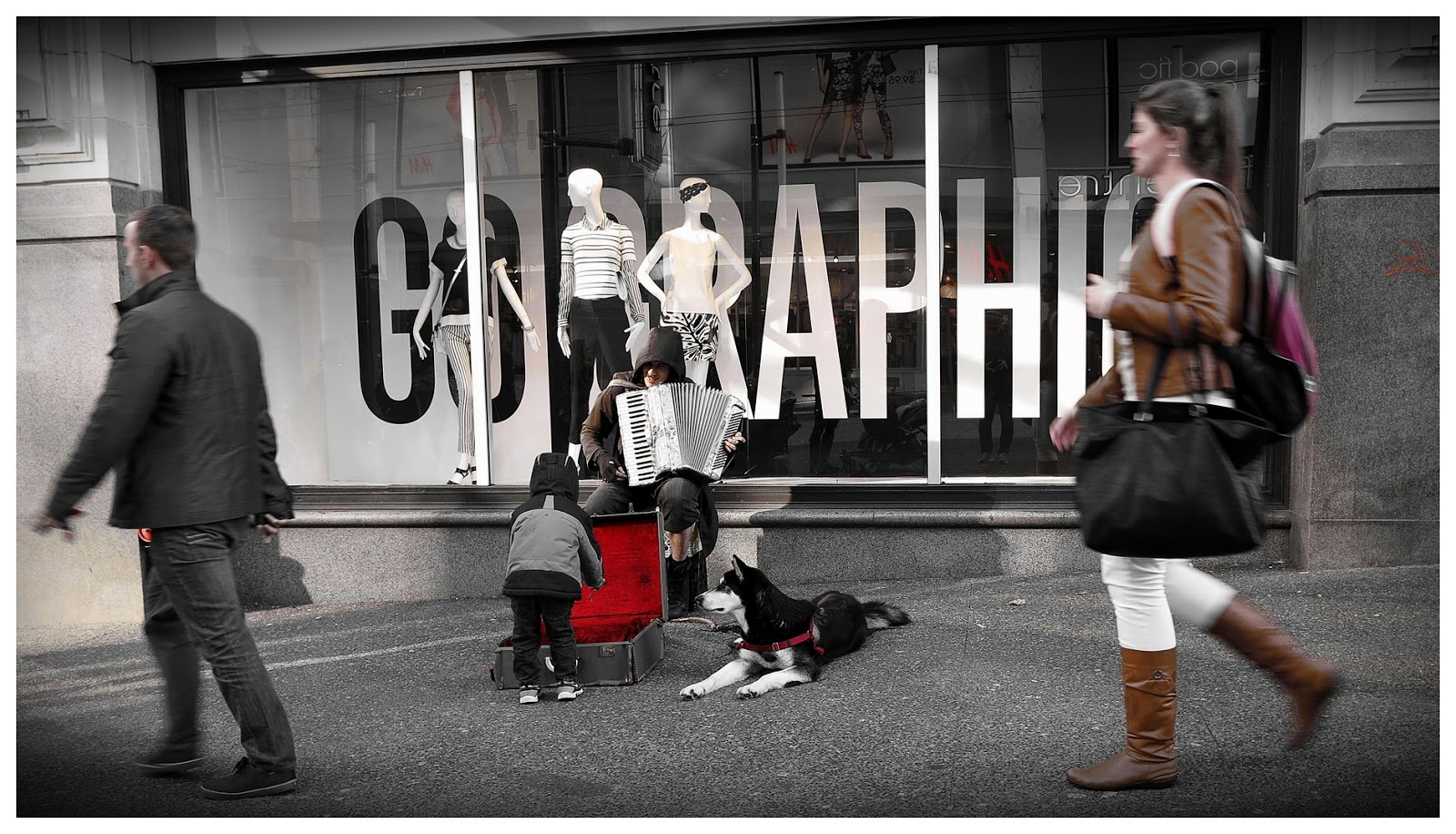 As a street photographer, I appreciate street artists. They are often colourful individuals, they're stationary (easier to get a few good shots), and if you contribute financially to their performance, they don't mind you taking pictures of them. This performer was an accordionist, a rarity in the world of buskers. I wanted to get a nice environmental shot with people passing by, so I backed up a bit. At the same time, a mother decided to send her young son to put money into the busker's old broken case. I noticed the dog acting very anxious, probably due to the anxiety of the little kid, not understanding the instructions of his mother of where to put the money...and that's when it happened!!


Just as the kid put money into the case, the dog jumped up and bit his arm. The shot I took was 1 second before this happened! The kid panicked and kicked the case, and the case actually fell apart (you can tell the case was just held up like a pyramid of cards) and all his money spilled out all over the sidewalk. The dog immediately pulled back, not intending to harm the boy, who was surprisingly calm. Instead of checking on the boy, the accordionist started re-building his deck-of-cards case, and the boy started helping him collect the spilled change!! The mother, realizing her son wasn't seriously harmed, just stood next to me and was shaking her head, apparently blaming her son's indecision as the catalyst of the attack. It was actually a humorous scene.

Is there a lesson to be learned here? Don't pay buskers? Don't pay busker's with dogs? Don't send your son to pay a busker with dogs? Always have your camera ready to take pictures? Maybe. I'm glad nobody was seriously hurt, and I was able to capture the moment just before impact!