Nikola the Street Painter from Yugoslavia 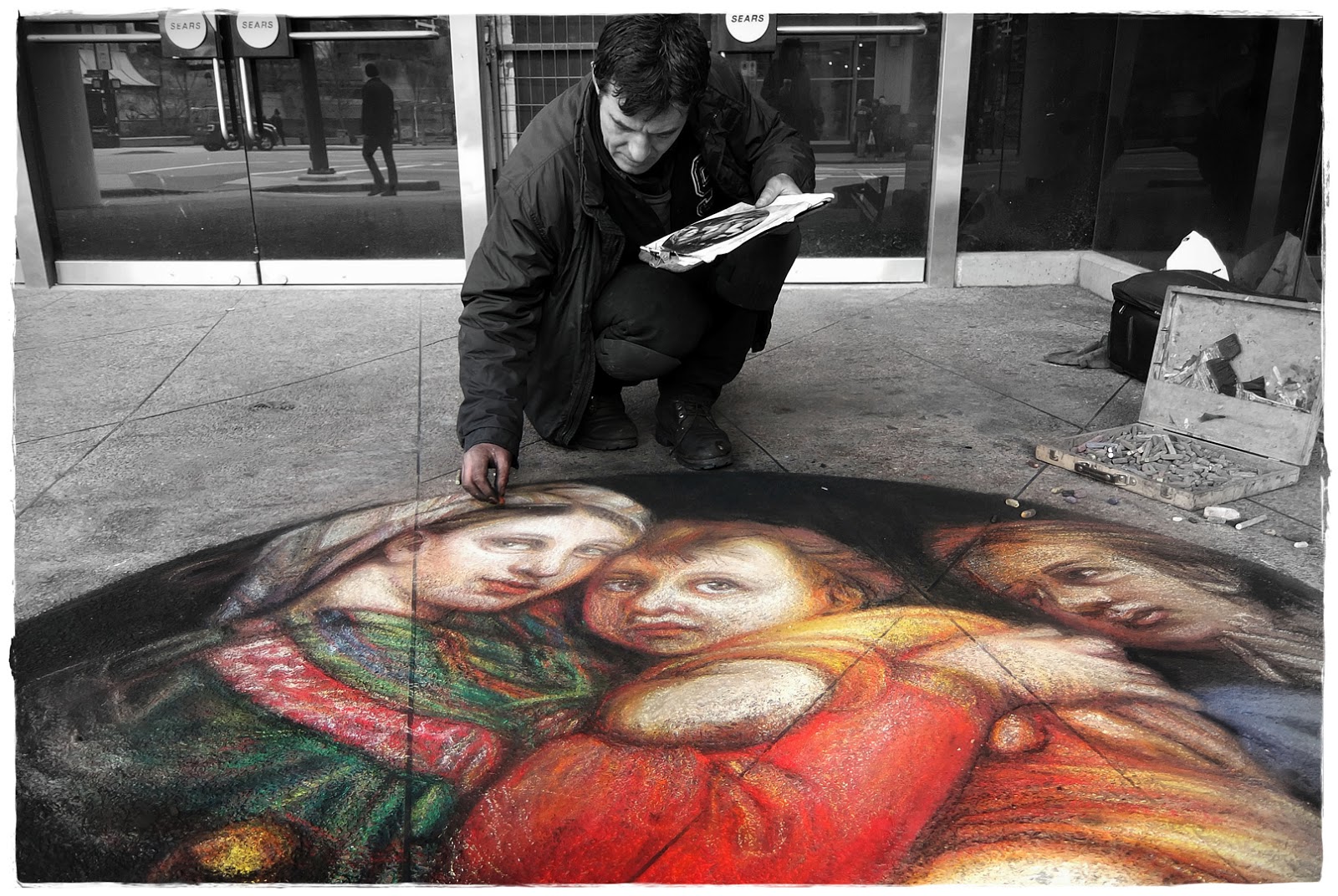 Nikola is from Yugoslavia. He studied art all over Europe, including France and Germany. He's travelled the world making a living as a street artist. In today's modern, fast-paced world, can someone still make enough to live on doing art on the street? As I dropped in some money into his hat, I noticed it was filled with $1 and $2 coins. Not bad...

The last few years he's spent his time in Canada. He's in Toronto and Ottawa in the summers, and makes his way out West during the winter months. He's made his temporary home base at the corner of Howe and Robson, underneath the covered entrance to the old Sears building (the soon to be Nordstrom) where he can draw on the sidewalk with no fear of the Vancouver rain to wash away his work prematurely.

I asked him how long it takes him to finish one of his paintings (technically a chalk drawing). He told me 2, sometimes 3 days. And after that? He says nonchalantly in broken English: "I wash away with bucket of water". And then? "I start new painting!" So simple! I visited him a few days later, and indeed he had washed away his previous drawing and had begun a new classic painting. I showed him on my camera the above picture. He was intrigued by my ability to monochrome everything except his painting. Little did know how easy it was. But hey, I was happy I could impress someone like Nikola!

I asked him if he wanted a copy of the picture. He excitedly said yes! I asked for his email address. He said he doesn't have a computer. I told him I'd print out the picture and deliver it to him, so I asked for his phone number. He said he doesn't have a phone. We arranged to meet again a week later, same place, same time. However, a week later I was sick and couldn't make it down. I've been back two more times, but he wasn't there anymore. Nikola, where are you?  If you know where he is, please let me know so I can give him his picture...and don't forget to drop in some change into his hat!