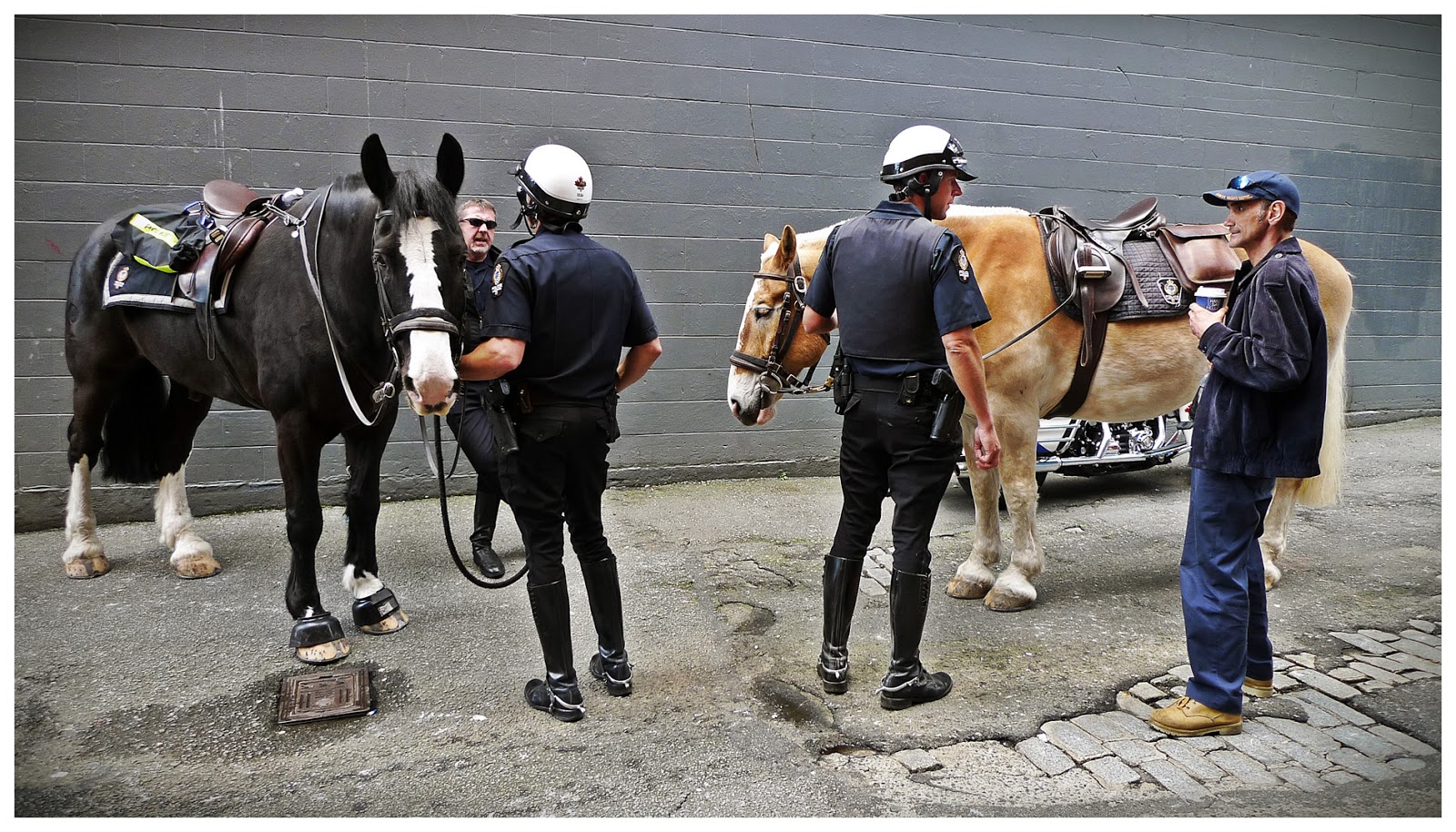 There are 10 horses that work full-time for the city of Vancouver. They are stabled in Stanley Park and patrol the park and parts of downtown. There are 6 officers that are assigned this privilege, 3 are always on duty between 10am and 10pm daily.  They also are on duty during special events, such as parades, fireworks night, and post-Stanley Cup hockey games!!

Constable Conrad mentioned that he would like to come to this area more often due to its positive effect on the residents. To be honest, I would rarely approach police myself, not because I'm afraid of them, but because I always assume they are too busy to just talk and interact with the public in general.

When I saw the horses, I too was immediately attracted to them. I am not a huge animal lover (unlike my wife) but I don't hate animals. I just feel they belong in nature. I don't bother them, they don't bother me. But there's something about horses and humans... I can't figure it out. I must admit, they are beautiful creatures, and they are great PR for the police in any city. Thank you for having them. Perhaps other than bike lanes and pedestrian walkways, we should also increase the amount of mounted police. This increases the interaction between people, between the public and the police, and also horses. It's an easy way to make the police more approachable in a city that often mistrusts them, deserved or not...