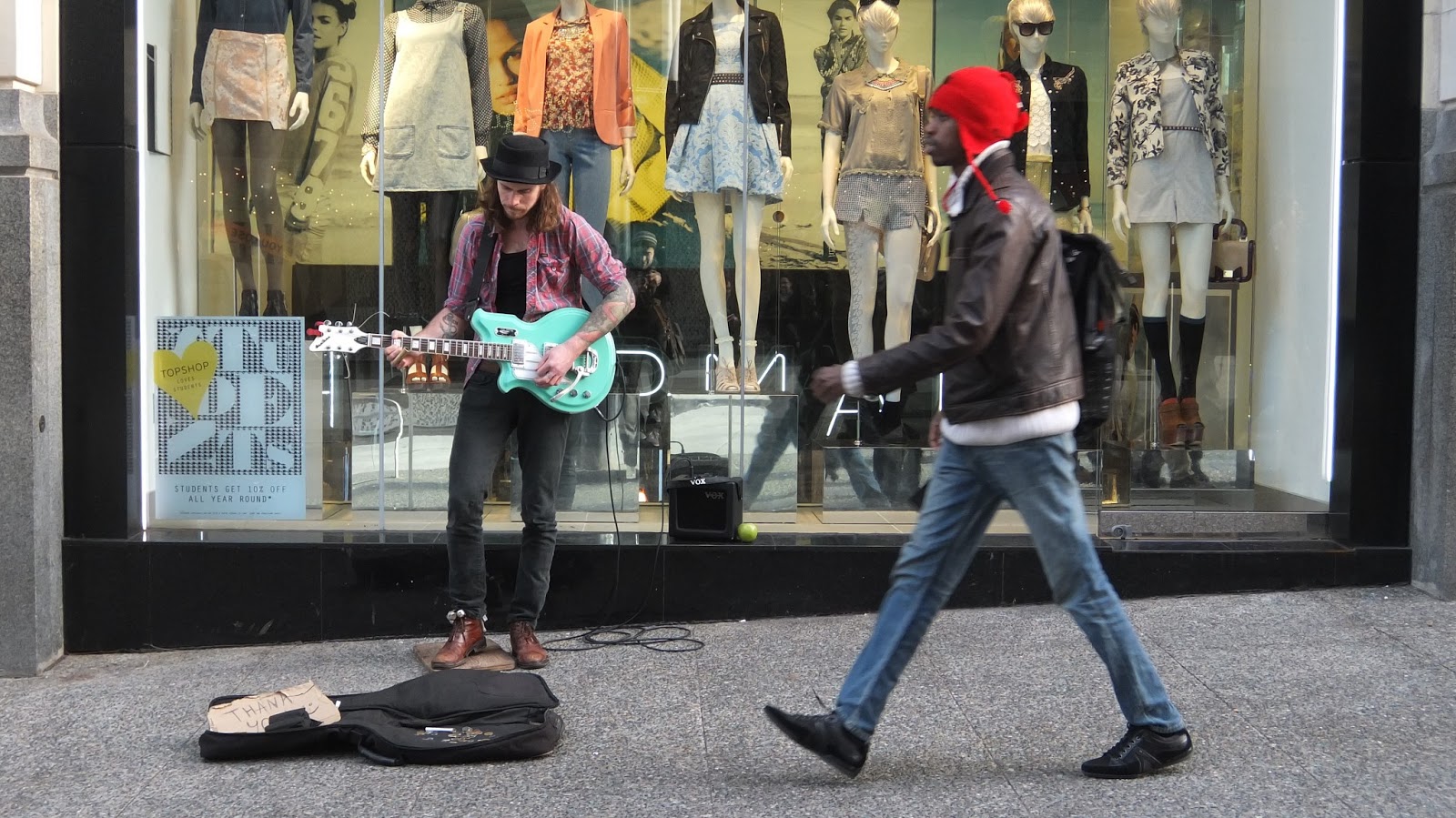 Here are some of the negatives and/or things I would like improved:
-buried features (try finding RAW)
-confusing menu system (easy to get lost!)
-lots of AF errors
-No real-time RAW editing in camera
-Not as solidly built as rest of X-series cameras (feels light)

When you shoot with the X-F1, you know you're shooting a camera designed by camera nerds. I mean this in a good way. It's designed by someone who actually loves photography and wants to make the shooting experience enjoyable. They are unlike Sony, who have lots of great technology built into their cool cameras, but it's designed more by engineers and technologists, not photographers. If you like technology, Sony is great. If you like shooting, Fuji is the way to go. 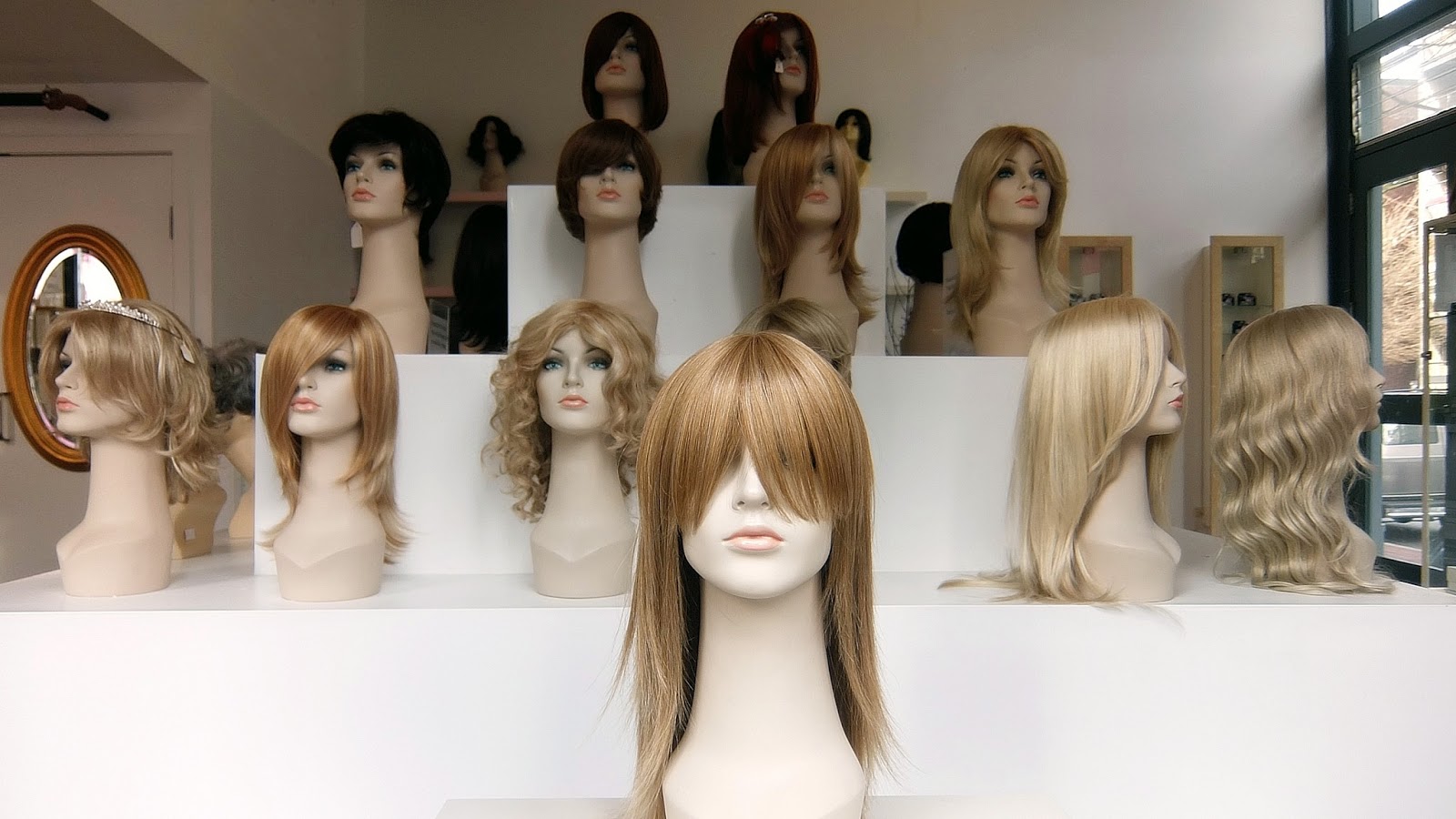 One of the best ergonomic features of the X-F1 is the secondary features you can add to the main dial on the back of the camera. Most cameras have a main wheel with 4 main features built it (usually flash control, exposure comp, timer, etc.). However, on the X-F1, if you press the E-Fn button, you can have a secondary function added to the main dial, plus two more buttons. An image of the wheel is displayed on screen and you can see the secondary function that you program. This feature is great because the menu system on the XF1 is horrible, so you can program your most used function as a secondary function and go straight to it without having to dig into the confusing menu system. And like many newer cameras, they also give you a dedicated Fn number, which I kept to default iso access. 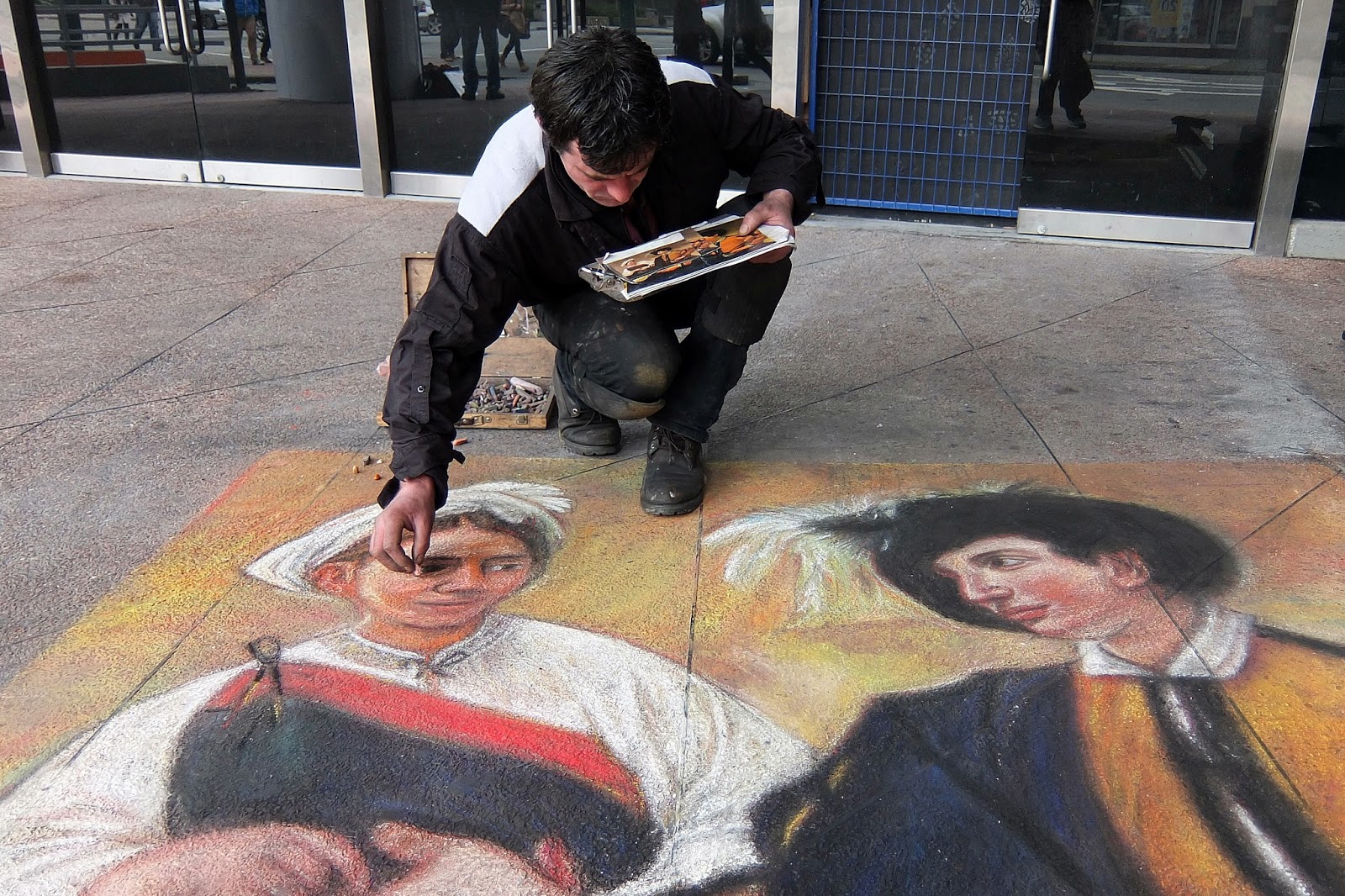 The manual zoom feature is really great too. Not only can you physically zoom to your preferred focal length, you can see what focal length you're at by looking on screen or on your lens. That's the one thing I hate about most point and shoots. I like shooting at 50mm equiv. but you have to guess where that is on most small compact cameras. With the X-F1, you can easily find and keep the focal length you want to use. It displays 25,35,50,60,80 and 100 on screen and on the lens barrel, but since it's not step zoom, you can go between any focal length you want (I like 90mm for portraits!). One negative of the manual zoom is that it's hard to shoot with just one hand. You have to turn it one by turning the lens (two hands), and then to set it to your favorite focal length, again you have to turn the lens (two hands). So if it's raining and you're already holding an umbrella, it's pretty hard to shoot with this camera. Many point and shoots (like my trusty Panasonic LX-3) are designed with one-handed shooting in mind...but it's a small price to pay for manual zoom. It gives you more control, better zoom accuracy, and saves on battery life.

They keep the motion panorama feature intact, with both vertical and horizontal sweep, as well as selecting the angle of view.  It works exactly the same as the X-E1, X-100, and X-10. It works best when the exposure across the image is the same, since it locks the exposure at the beginning of the shooting so beware. It's a fun feature to use when you're in a tight space and you want to get lots in...the only problem is that this feature is buried inside the menus.

In fact, many of the features, such as 11 filters buried inside the Advanced folder is hard to access. And after shooting an image, looking at it, and you're ready to shoot again, it kicks you out and you have to go 2 layers deep into the advanced folder to find your filter again! Why?!?! Also, you need to know the difference between an Advanced feature and SP or Scene Position mode. For instance, where is color isolation mode? Is it a advanced feature, or a scene position? I forgot to write it down so I can't remember anymore! Again, the best way around this issue is to program your favorite feature into the E-Fn secondary function. That's that. 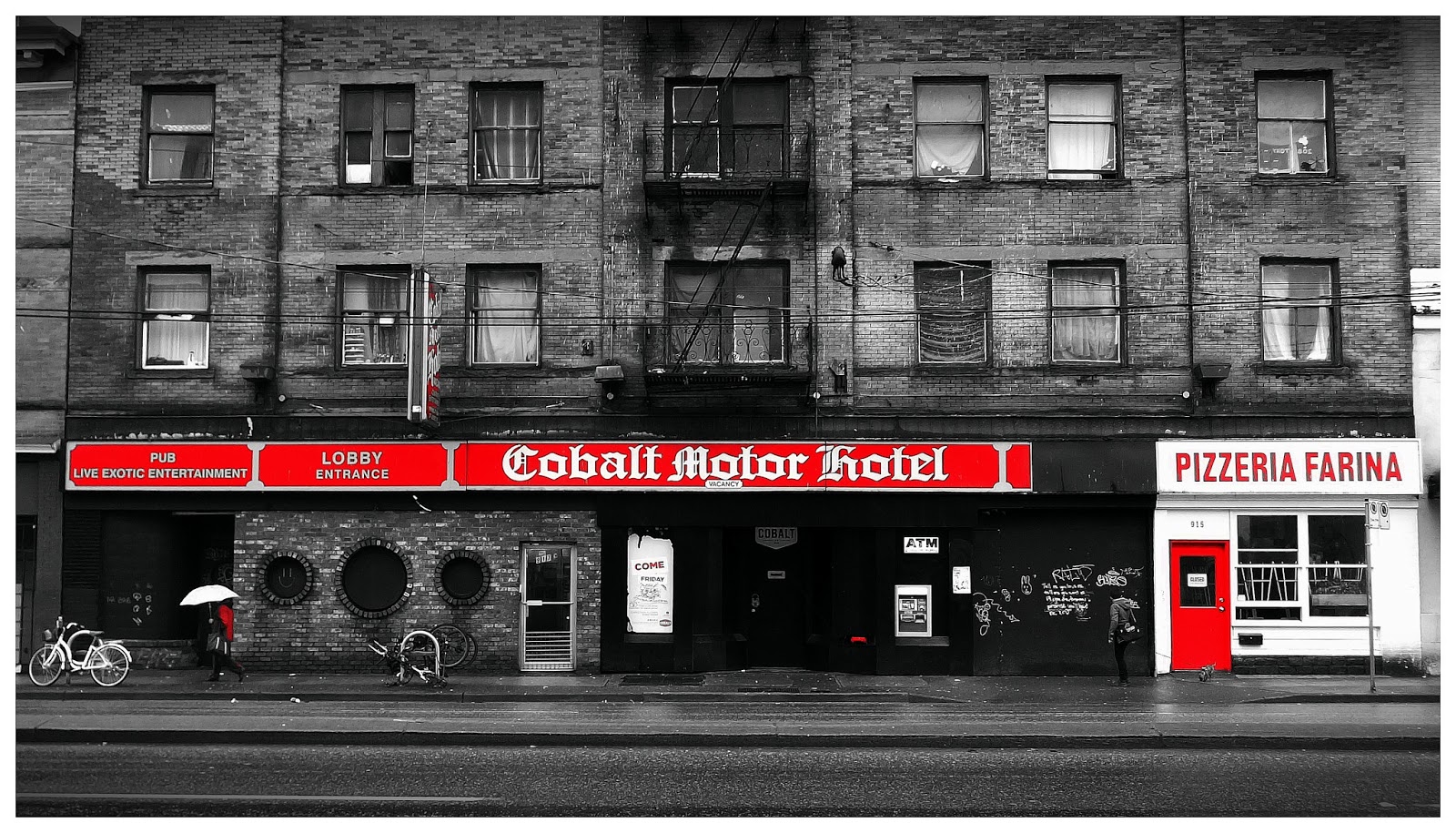 Fuji's colour isolation mode is nowhere near Canon's accent mode. Canon allows you to physically take a snap shot of the colour you want, store it in the camera, and then still have + or - 5 sensitivity to that colour. You even have the ability to swap colours. It's a great feature. Fuji gives you preset 5 colors with no ability to adjust the sensitivity.

Another nice feature is the ability to shoot and edit RAW pictures in such a small camera. It allows for 11 parameters to be adjusted, but until you actually create the jpeg, you can't see the results of the adjustments to the file, so I find the feature a bit tiresome. Just shoot RAW and adjust on your computer later at home. It's a nice feature though, and in a pinch, you can make your own jpegs in-camera if you have tricky lighting.

Why was I undecided on giving this camera a thumbs up? Because it seems like the odd one out of the X-series family of cameras. The rest are built like tanks and are built with pro and enthusiasts in mind. Sure each X camera have their quirks and weak features, but the X-F1 seems to have an identity crisis. Is it trying to compete with the Canon S110, or is it going after the RX100? It's sort of confused. The Ricoh GR-IV was very clear with it's intention: build a pro-level point and shoot, even while using a small consumer-level sensor. Also, the Ricoh have the accessories to back it up. The X-F1 has a larger than most 2/3" sensor, so you think they would play up this feature...but Fuji still seems to market it like a consumer level camera. It has tons of gimmicky features, but are buried in the menu and are difficult to access. It has no real accessory that would attract a series photographer. It should at least have a hot-shoe with the ability to add an external viewfinder or some other cool accessory. Also, a second dial on the top would help, like a dedicated exposure compensation dial.

I know I'm not alone in feeling that the X-F1 has potential, but missed its target market, if it even had one in mind to begin with. None of the major review websites gave it a full review. It even seems that Fuji isn't even pushing the camera very hard. The X-10 got lots of reviews online and there was excitement even at the retail level. The X-F1 is left on the shelf being ignored. No excitement.

This is a shame because it's a great little camera. It has the exact same sensor as the X-10, so it's more than capable of taking great pictures. It's like having an X-10/X-20 that fits inside your front pocket. You can carry it with you to any event and not feel weighed down by a big camera, but know you can take amazing pictures still. A wedding, a nice walk along the beach, a jog, a walk with the dog. 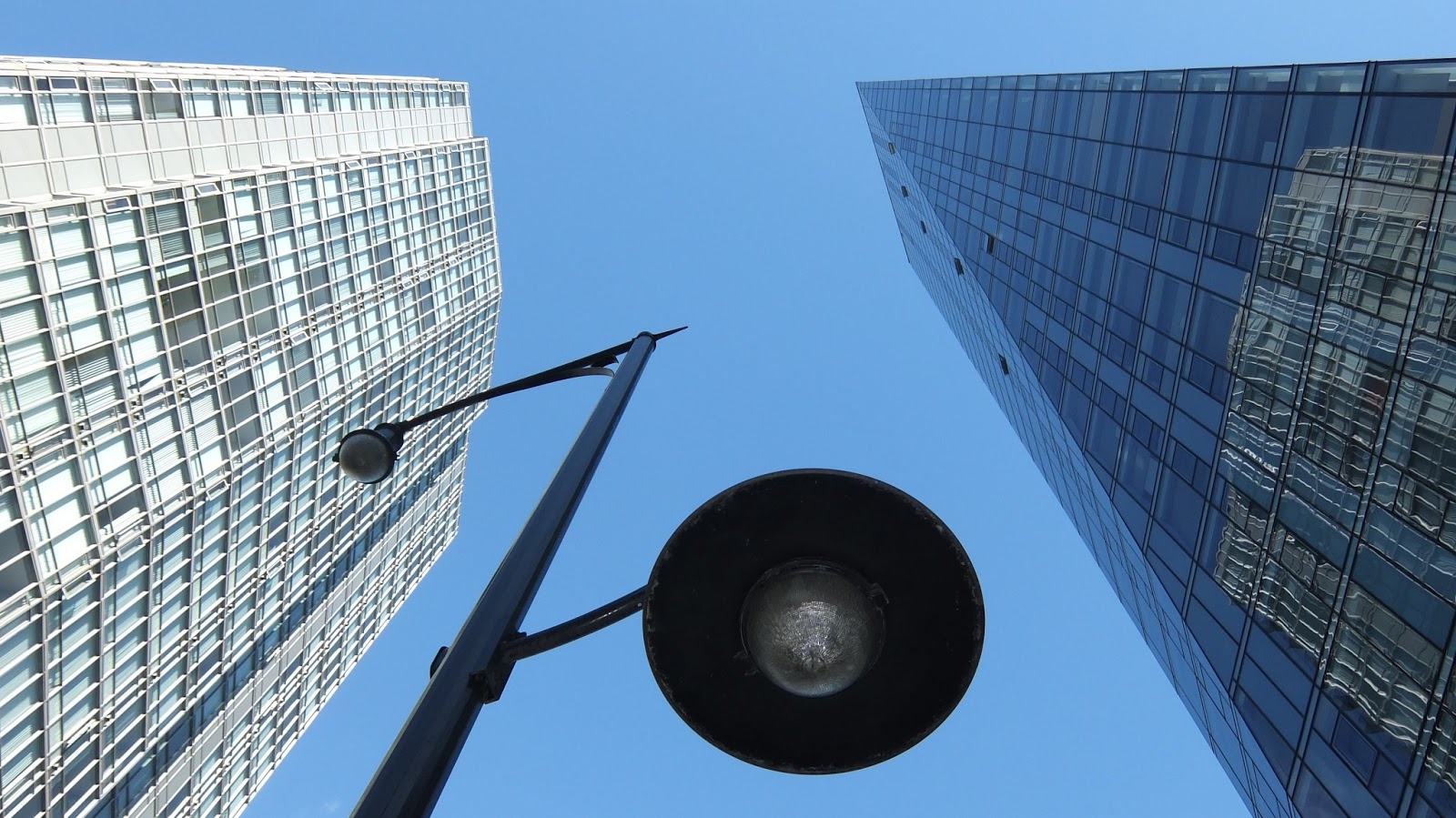 My final word. I think those who are looking at the Fuji X-F1 are also looking at the other enthusiast point and shoots out there: Canon S110, Nikon P330, Pentax MX-1, Ricoh GR-D iv, Sony RX-100, Panasonic LX-7. Other than the Sony, the Fuji X-F1 has a bigger sensor than all its competition in this group of cameras. Compared to the Sony, although the sensor is smaller, the Fuji has a wider angle lens and has a manual zoom and nicer styling (ok, that's a matter of opinion). Would I buy the Fuji X-F1? As a compact, carry anywhere point and shoot? For sure. A nice camera to buy the girlfriend or wife? Another yes. It's very stylish, and comes in black, brown and red with matching coloured leather cases (sold separately).

Thank you Fuji-film Canada for loaning me the camera. I look forward to the X-F2, X-F1S or whatever you will call it in the near future...please add a hotshoe!