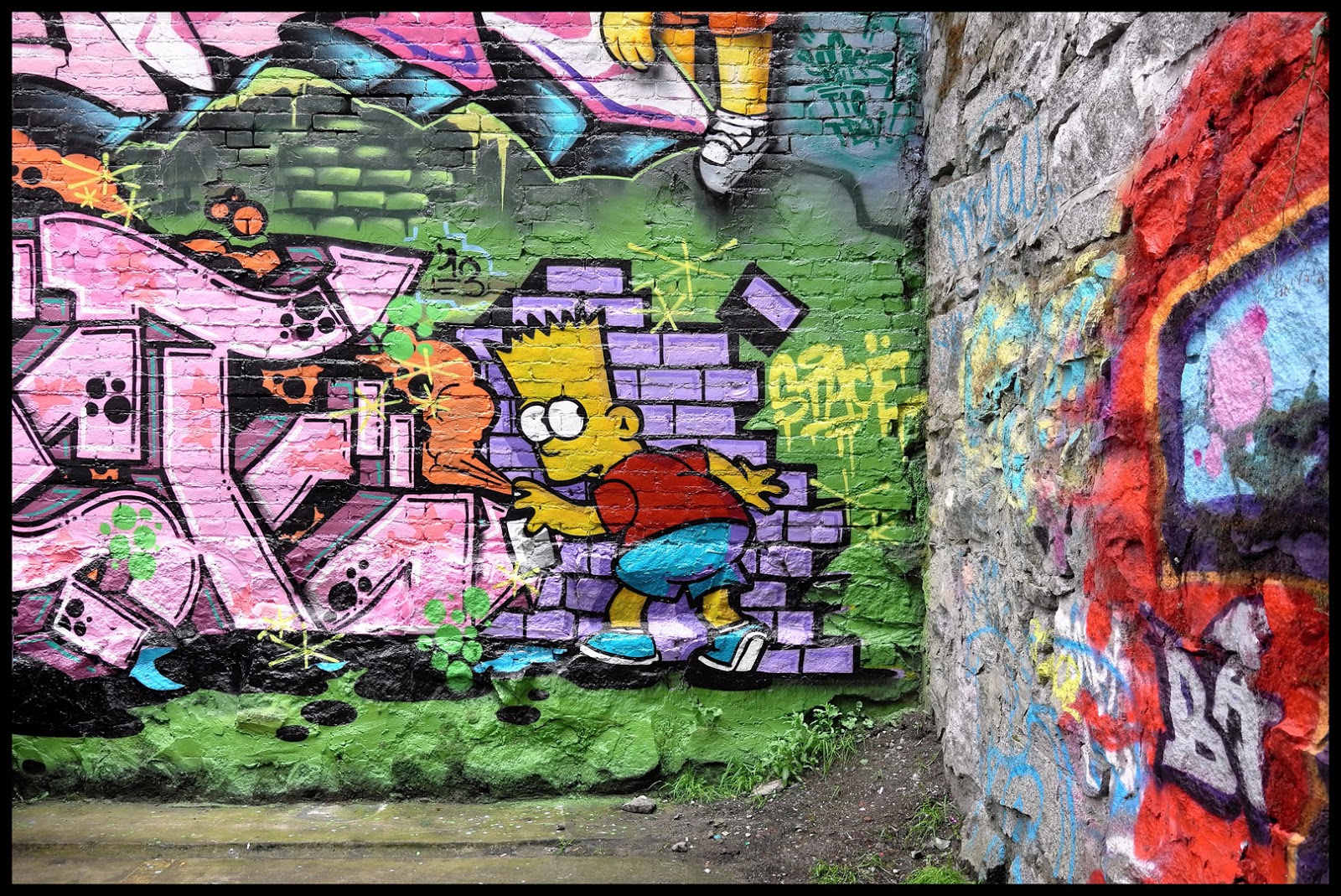 I was walking through my favorite alleys of Vancouver looking for any new graffiti art and I actually found 3 graffiti artists hard at work on a private parking lot. The owners were tired of all the tagging along their walls and decided to allow proper graffiti writers to refresh their walls with a proper mural from time to time. Even the taggers stay off a properly done up wall out of respect...for a while anyway.

I ran into Combo (professional tag name), Joe and Jordan "The Red" working on this Simpson's themed graffiti mural wall at 300 block West Hastings. They were hard at work trying to finish their cartoon masterpiece before it started raining. 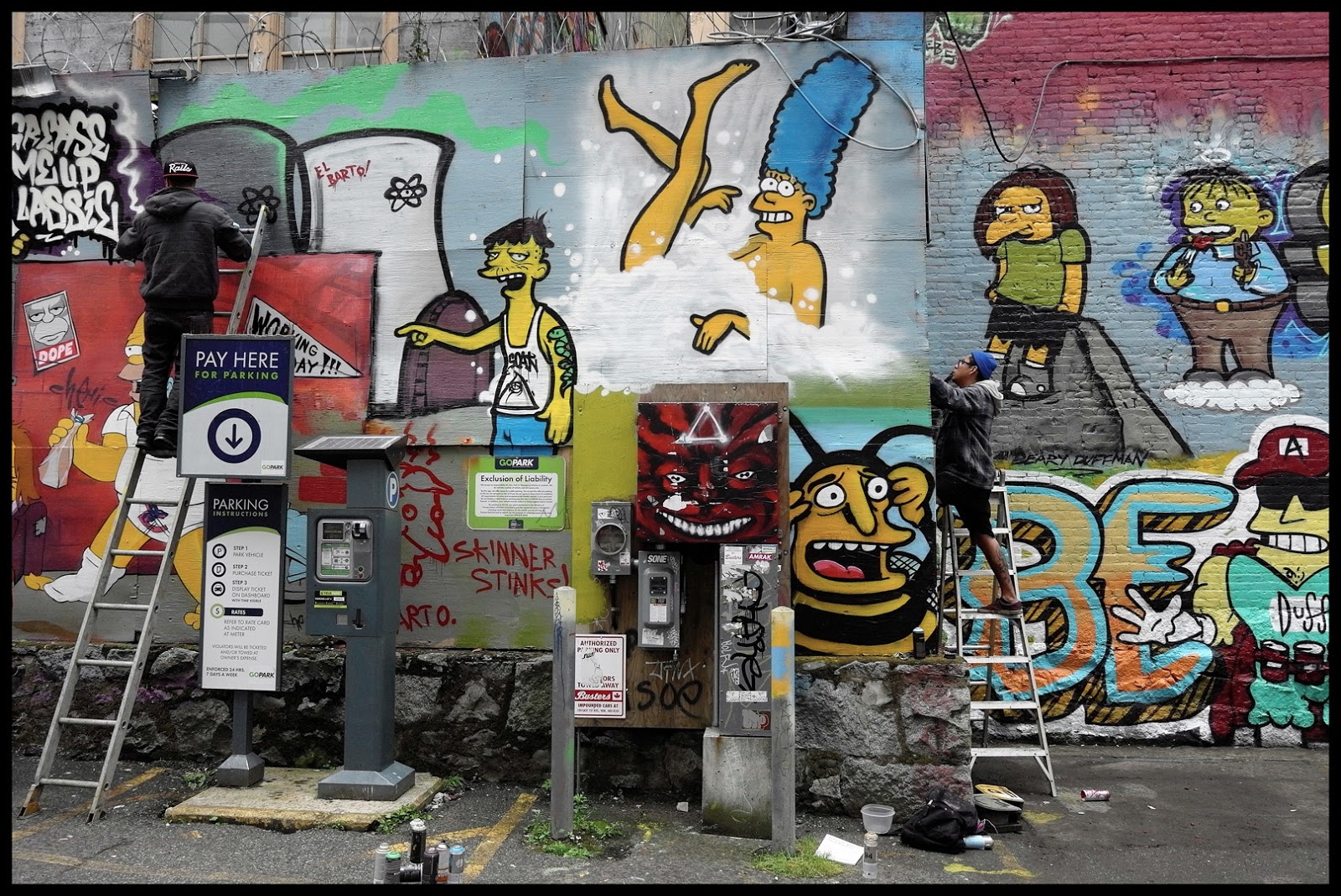 These guys work hard and they work fast, and they don't get paid for what they do... at least not these guys. They can spend up to $100 worth of paint for just a 20' x 15' section, and this mural was probably over 120' x 15'. Why do it then? They're artists. Why did Picasso paint? To become rich? Many artists die poor. They do it because they want to express themselves.

I asked Joe why he was stomping on his spray cans. He told me the aerosol cans run out of CO2 before they run out of paint. By crushing them, they create extra pressure so they can squeeze that last bit of paint out of their spray cans. He said he uses the cheap paints when he can. He said his 20' x 15' section  only cost him $20. He saves his good paint for trains. They need to stick better on trains since the mural has to last a lot longer than the side of a building. 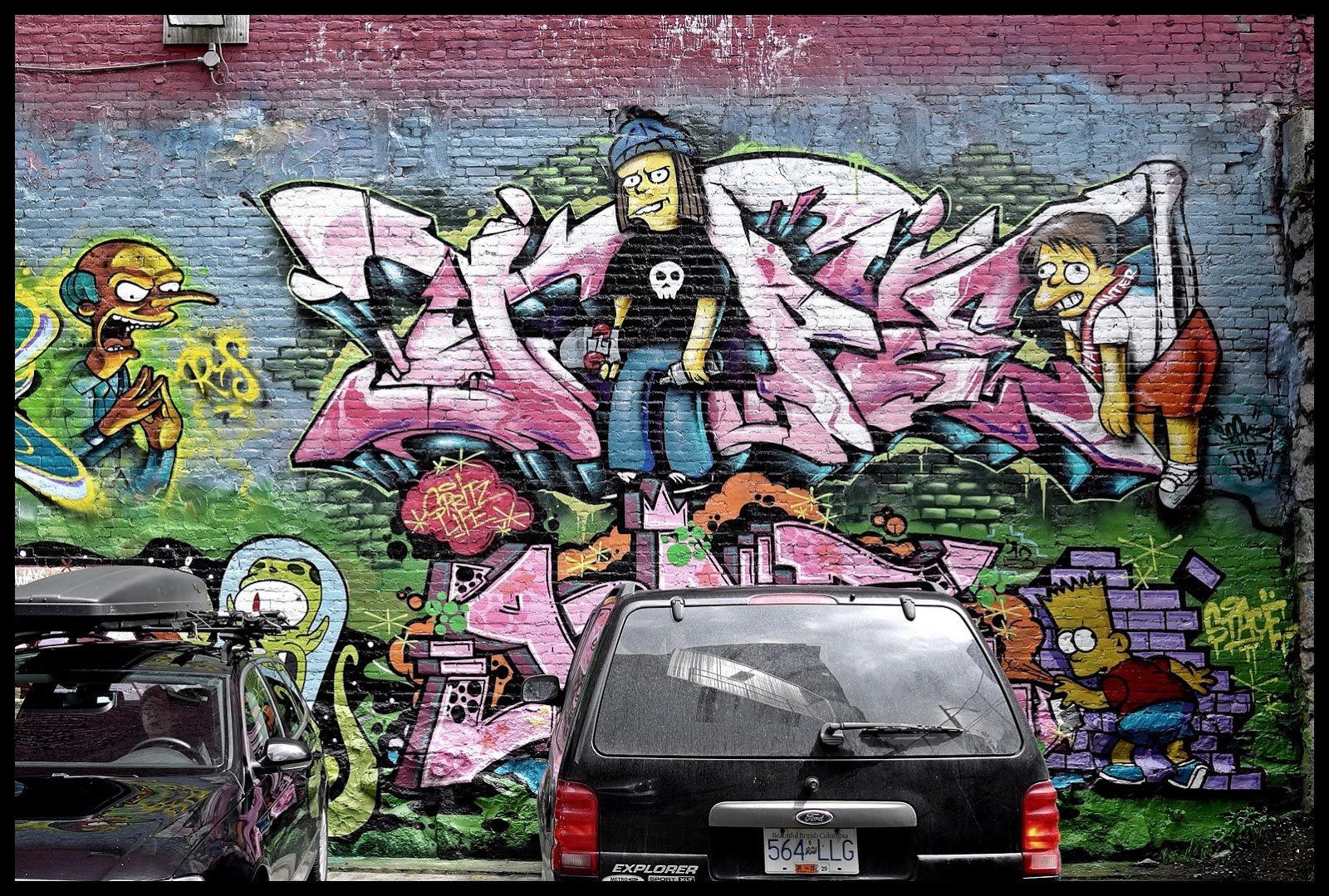 I asked them if the police ever hassle them. They said all the time. I said this is a private lot, and clearly they are painting a mural, not just tagging a wall. They said often the police go as far as having to call the owner down to the site to confirm they're there by permission...all the while a drug deal is going down or some guy is urinating up against the other wall just a few feet from where they are.

While I was there, tons of people came by to take a look at their work. Everyone appreciated it. One guy couldn't stop laughing and saying 'this is sick man... really sick' over and over again. For me, seeing a proper mural is way better than looking at a bunch of tags and useless words sprayed randomly on walls for no reason except for self-glorification. It's also better than starring at a blank red wall, which this was before, constantly being re-painted over because of the taggers.

I'm happy I ran into these guys. Combo didn't want to be part of the picture, but I think he was the mastermind behind this Simpson themed mural. He told me he has another project lined up for a local hotel next month. I won't tell you the location, just in case the police decide to hassle them again while they work on private property. Thanks for the free art guys. Keep up the good work. 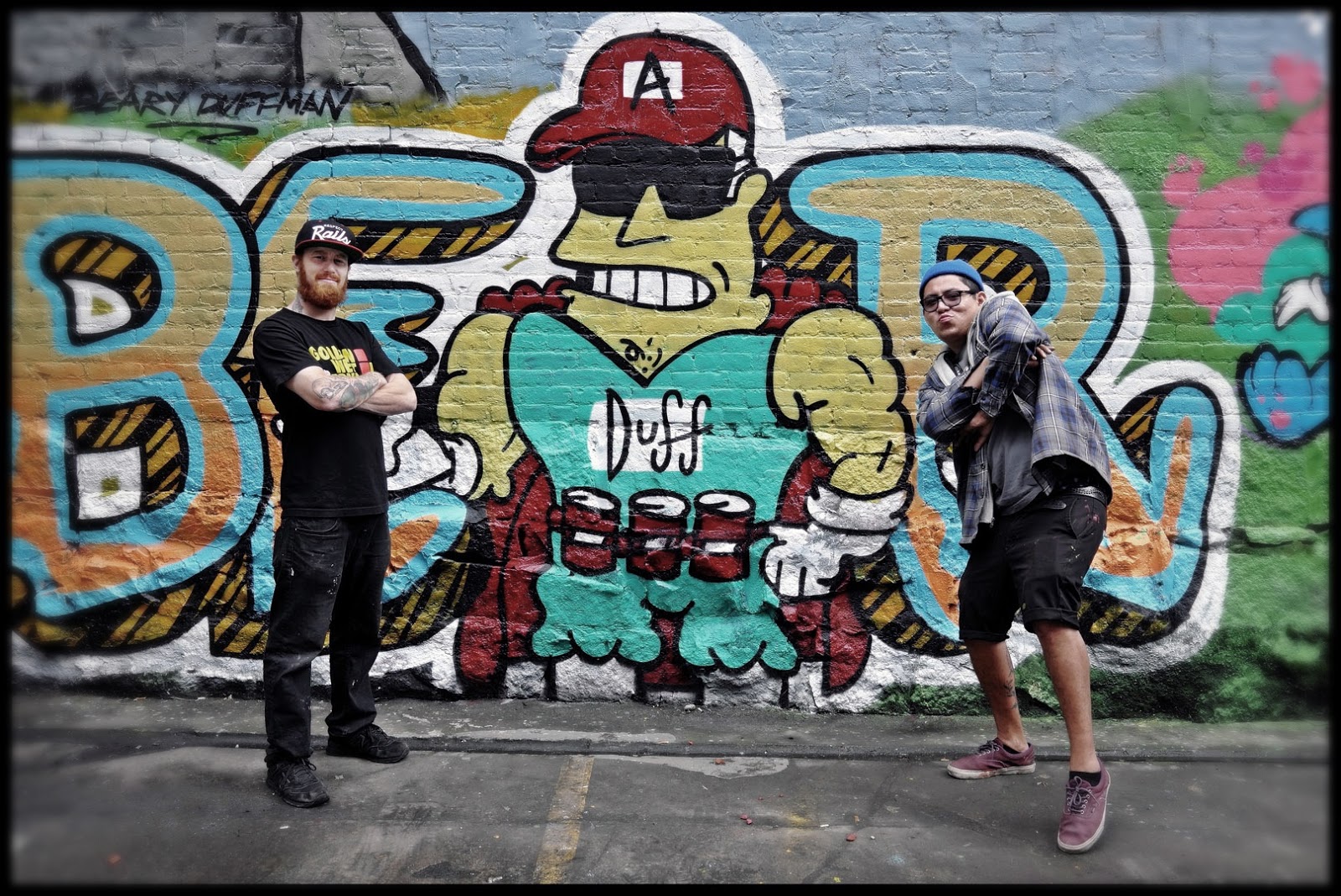 All images taken with the Leica X Vario at various ISOs, shutter speeds and aperatures

P.S. Because this was a parking lot, I couldn't get a good shot of the entire mural. I've gone back twice, and both times there were just too many cars in the way. I'll try to go back with the Fuji X-100S and use the motion panorama feature to get a nice shot...