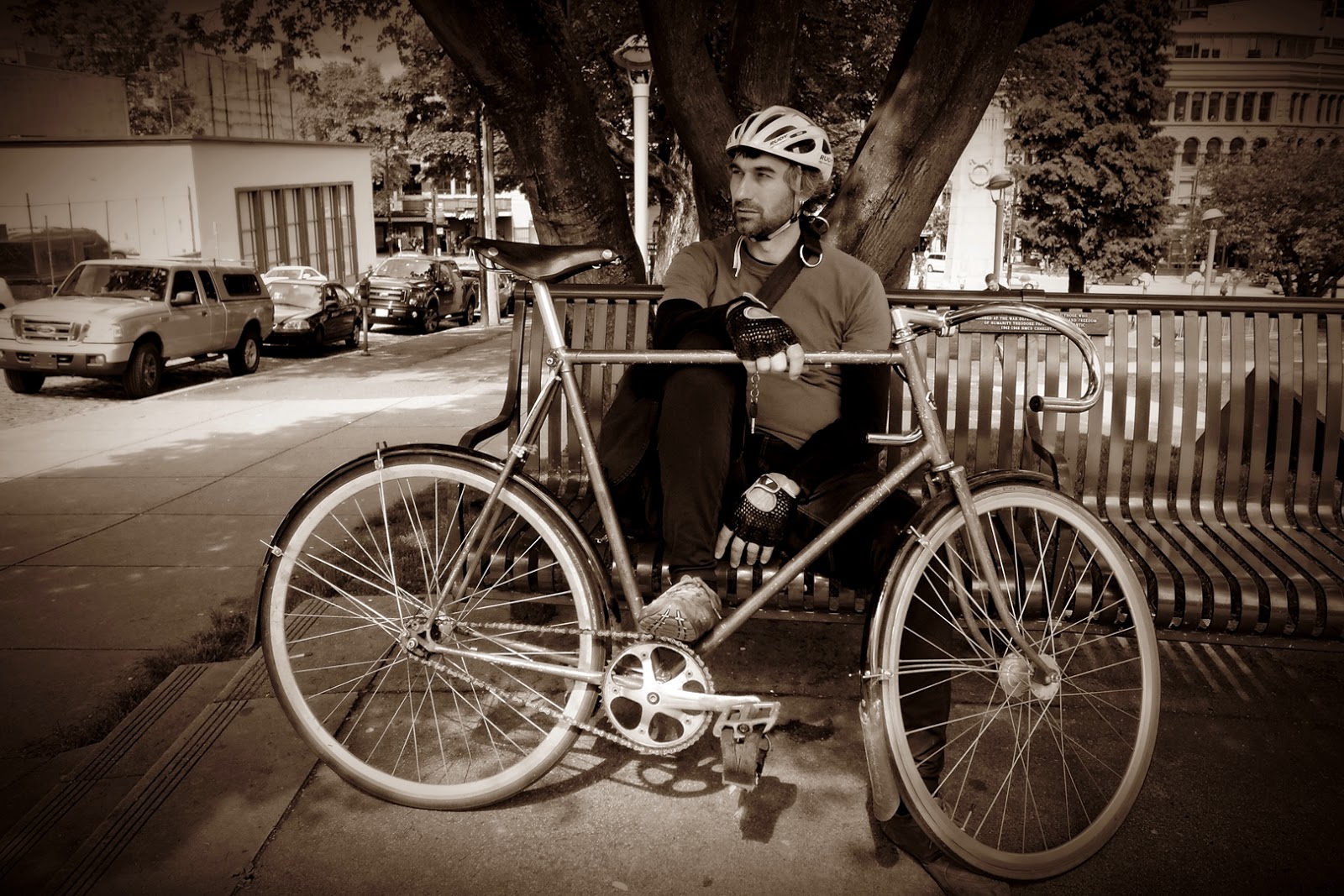 When I first saw John taking a break from his job, he was exactly as you see him in the above picture. I told him not to move. I liked the way he was using his bike like a foot stool, but also holding it like he was protecting a friend at the same time. I introduced John in a previous post holding the Minolta CLE camera pointed at me. He was just as interested in my camera equipment as I was in taking a picture of him.


Like George the bike courier, I asked John the same questions: Do you like your job and have you seen the 80's bike courier movie Quicksilver starring Kevin Bacon? Yes, and Yes! Ha ha! And like George, I asked him if I could send him the pictures I took of him and he said he doesn't have a computer!! But he does have an e-mail address that he visits... occasionally... But it's a Yahoo account!! Who has Yahoo mail anymore? I think they delete old and unused accounts don't they?

Anyway, it was fun talking about his world of riding a bike for a living, and it was just as fun explaining to him my world of taking pictures and blogging. Two different worlds, but very similar. Like bike couriers, street photographers live in the moment. And like bike couriers, street photographers are very aware of their surroundings as they make their way through the downtown core.

Bike couriers enjoy the thrill of riding in and out of traffic, beating out cars and buses and pedestrians, creating their own world separate from among the masses who only see buildings and traffic. Street photographers also enjoy weaving in and out of pedestrian traffic, capturing a living and breathing city surrounding them, while others see the streets and sidewalks as a means to an end. Both photographers and bike couriers live in the now and enjoy the ride.

Thanks for hanging out and talking. I'll see you around. Ride On!