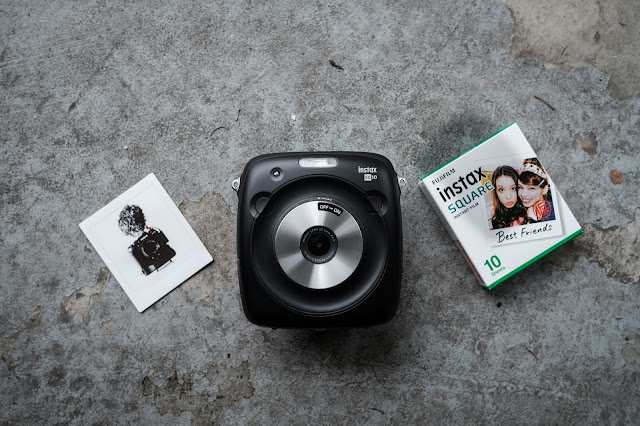 The Fujifilm Instax film cameras and film has been the shinning star of the film world for the past decade. As Polaroid declined in popularity and profitability, Fujifilm transformed their instant film business from passport and ID pictures to family and friends. The cameras were simple to use, cute to look at, and fun to share. One weakness of these cameras was that it was easy to mess up a picture, a costly mistake (about $1 USD per image at least). The compromise was the Instax printer. It could print directly from a Fujifilm camera, or using an app, directly from your smartphone. Another complaint was that the cute and fun Instax Mini prints were too small, and wouldn't print the square Instagram images properly without cropping the sides of the image. How would Fuji solve this problem? A new film format and a new hybrid camera system would be necessary.