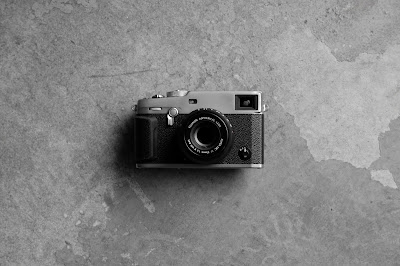 After almost 4 years, the new Fujifilm X-Pro3 has finally arrived. No it doesn't have a different processor or sensor from the X-T3, but the firmware is tweaked. No it doesn't have IBIS, but it does have a very unique and functional articulating LCD screen. No there isn't a brand new eye cup piece, but it has been re-designed and looks stronger than the previous version. The new X-Pro3 does have something that no other X Series or GFX Series camera has, which is titanium. Why use titanium over other metals like magnesium alloy? First of all, titanium is stronger yet lighter than stainless steel, and has really strong anti-corrosion properties. Second, it looks sexy on a camera. Some of the coolest (yet functional) film cameras of all time were made from titanium (Nikon F3T, Nikon 35ti, Minolta TC-1, Contax T, Contax G, etc.). I won't go into detail of my shooting experience since I've shot a YouTube video explaining how I like the overall function and feel of the camera. I can say that Fujifilm has created another camera that other photographers who already shoot with other manufacturers will lust over. As soon as you see the X-Pro3, you immediately want to pick it up and start shooting with it. Fujifilm understands the value of style, form and colour choice when it comes to their cameras. It's not just a functional tool, but it becomes part of your identity, much like an EDC item (watch, wallet, pocket knife, etc.). Check out the links below to my videos as well as my article on FujiLove Magazine. Thanks for visiting and see you around. Happy shooting!!