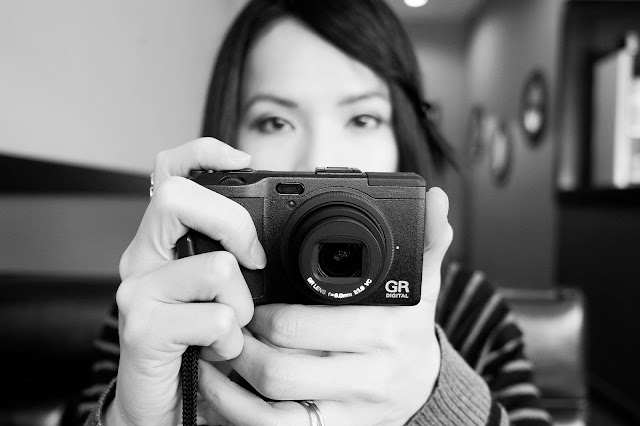 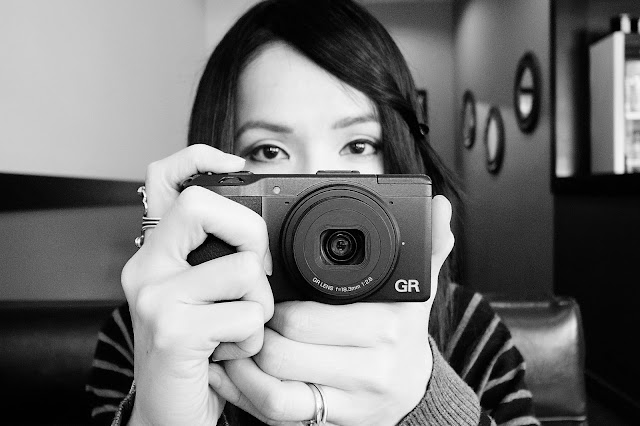 I thought I would do a short series of comparisons between the new Ricoh GR and the previous Ricoh GR D IV. I know when it comes to sensor size, there's no need to do a comparison. In terms of resolution capabilities, APS-C is superior over 1/1.7". However, I would argue that there are a few advantages to GR IV, which includes the fact it has a smaller sensor.


For many styles of photography, having a greater depth of field (more foreground and background in focus) can be advantageous, especially for street shooters trying to bring into focus as much action as possible in a given scene. However, if you're looking for a shallower depth of field or the "Bokeh" effect (it's a Japanese term approximately pronounced "bow" + "kay") then the new GR V will do a better job for you. When shot wide open, you will get a better separation between the subject and its background (or foreground).

Thanks to my dear wife for posing for me for this test. Personally, I think girls look prettier holding a camera, especially a Ricoh GR (or two)!

Info for camera nerds only: I shot both images with the bleach bypass effect, washing out most of the highlight details. However, since this test was on comparing depth of field, I decided to de-saturate the image by removing all colour.