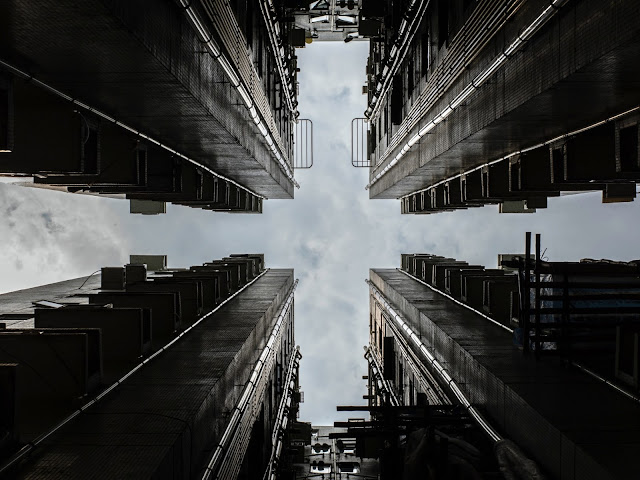 Digital medium format. If you're already confused with the whole 'full-frame' equivalent terminology, then this is going to confuse you even more. Let's just say that in the days of film, 35mm (24mm x 36mm) was the most common format to use. 95% of all cameras were in this format. Once we went digital, it made the most sense to reference this format as the universal standard in terms of how we refer to the focal length of a lens. The problem is, not all the sensors were the same size. Welcome to the crop factor phenomena. An 18.5mm lens in the APS-C format (24mm x 16mm) gives the approximate field of view of a 28mm on the 35mm format.

Now let's confuse you with digital medium format. In the old film days, medium format meant that a camera took either 120 or 220 film. This format is actually older than 35mm, but Leica made sure that the 35mm would eventually become the standard film type. Medium format film is 2.25" or 6cm in width, with 120 film being half the length of 220 film. For instance, if your camera shot square 6cm x 6cm (or 2.25" x 2.25"), then the 120 roll will give you 12 shots, where the 220 will give you 24 shots. There was also the 6x4.5 format, 6x7, 6x8, 6x9, 6x17 etc. Basically the 6cm height of the film was constant, but the other length varied depending on the aspect ratio of the camera. When manufacturers went digital, you would think that they would maintain the 6cm 'full-frame' width of the 120/220 medium format film. Nope. Like the original 35mm DSLRs, there was a crop factor, meaning the sensor size was smaller than the original format, changing what the focal length and aspect ratio (sometimes) would be as a digital image. The reason for this is cost of production. It was simply too expensive (at the time) to make a digital sensor the exact size of the original film format. 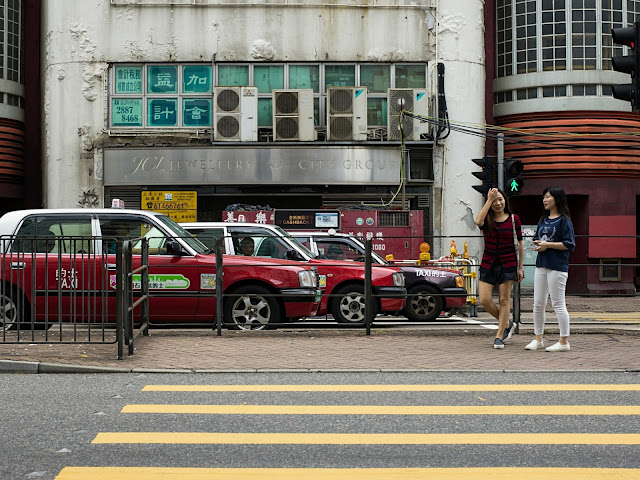 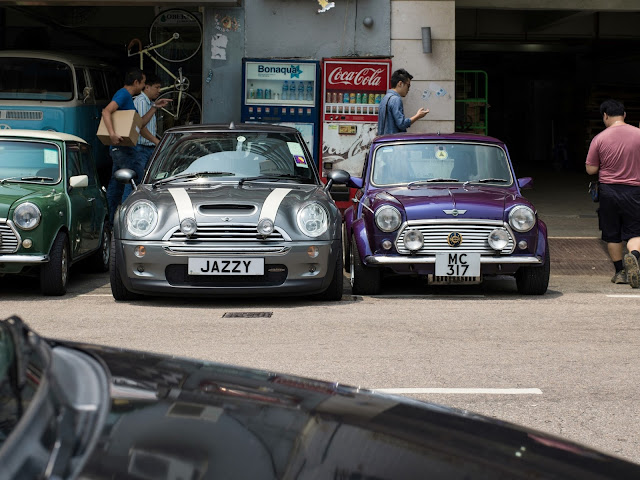 The most common digital medium format sensor size is approximately 4.4cm x 3.3cm, although there is Leica's 4.5cm x 3.0cm and Phase One's 5.4cm x 4.0cm. The Hasselblad CFV-50c digital back uses the 50MP CMOS 4.4cm x 3.3cm sensor size on the majority of their cameras (including the new X1D). This sensor produces an image size of 8272 x 6200 with an approximate aspect ratio of 4:3, the same as the Micro 4/3 system and the majority of small sensor point and shoots and smartphone cameras. I'm not the biggest fan of the 4:3 aspect ratio, and it's a shame that there is no current square medium format digital sensor. Because of the 4:3 aspect ratio, shooting this digital back on the film Hasselblad cameras in the standard upright position, the images will be in landscape mode. If you want so shoot in portrait mode, you'll have to shoot it sideways with the standard viewfinder sticking out sideways. It's a bit awkward to frame and shoot, but I was able to figure it out eventually. 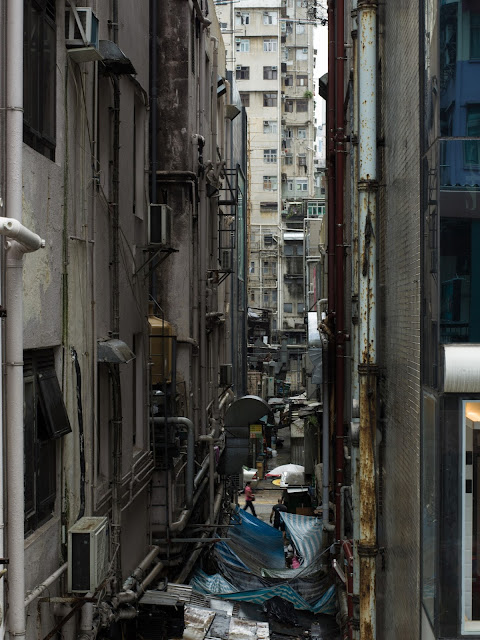 As many of you know, I was in Hong Kong to interview landscape photographer Michael Kenna. He is primarily a film Hasselblad photographer, and he's been doing it for many decades. The reason for shooting with it is because of its simplicity and durability. Once I got the digital back figured out, the camera was definitely very simple and easy to operate. Since the 500 series V system camera uses a leaf shutter, you select your shutter speed, aperture and focus all from the lens. It doesn't get much simpler than that. The only trick is figuring out how to use the digital back, and it can be a bit complicated at times. Shooting exposures longer than 1/8th sec means you have to override the standard way to capture the image and sync the digital back's exposure with that of the leaf shutter on the lens. If you choose to shoot in live view, then you have to lock up the mirror. The camera even allows for RAW and JPEG, but I found it overly complicated and decided to just stick with shooting RAW. Navigating the menu system was a bit counter intuitive, but after spending a day with it, I figured out how the digital back worked. 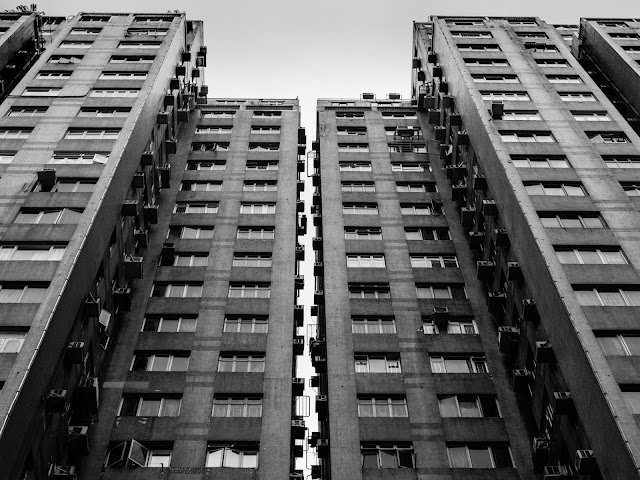 Although I was able to shoot with this camera without the use of a tripod, I would highly recommend you use one. In fact, shooting with this type of camera requires you to slow down and think about your shot more carefully than the point-and-spray style photography with modern DSLRs and mirrorless cameras. Although I am not the biggest fan of tripod photography, this square camera feels very natural on some sort of stabilizing device. Even looking through the standard viewfinder forces you to stop moving, set up the tripod and then look to see if its even worth taking the shot. This forced me to be able to see the image in my mind before I set the camera up. It forced me to be patient. It felt pretty good. Once on a tripod and aiming the Hasselblad at stationary subjects, framing and exposure and focusing became the main goal. No built in meter, no autofocus, no pentaprism to correct the image in front of me. I can't believe some Hasselblad photographers were able to shoot street and sports with these old cameras. 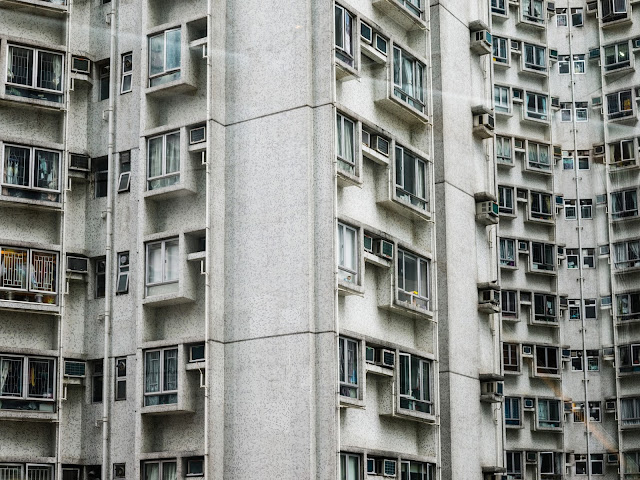 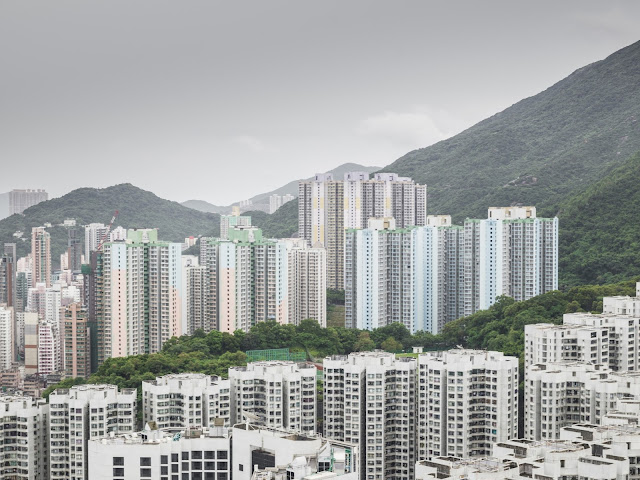 This $10,000 USD digital back is not for everyone. There are other digital medium format cameras that sell for less. However, if you're already invested into the Hasselblad system with lenses, bodies and film backs, this may be the ultimate solution. You can shoot film and digital using the same lens and body combo. That's pretty convenient. Those who own entire Hasselblad systems from the old film days were typically working pros or very dedicated hobbyists. You had the cash to buy into this very expensive but high quality system. Spending $10K on a digital back that allows you to step into the digital realm without having to re-invest into an all new system can be a practical decision for some. Even those who already own the newer AF Hasselblad H system can use adaptors to attach the older V system lenses to the newer bodies, so a back-up back for the older V system bodies can still make sense. However, trying to build an entire system around this digital back is probably another story. Perhaps the Hasselblad H or X1D system, the Pentax 645Z, Mamiya 645, Phase One, or the Leica S system would make more sense to start from scratch. 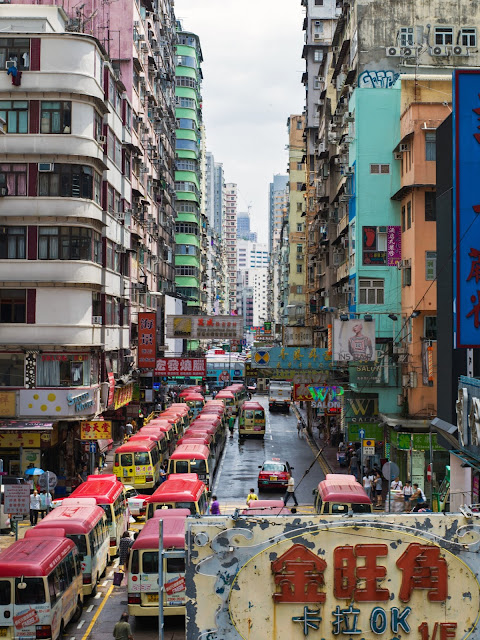 I hope there is a future for digital medium format. Looking at these images at the full 8272 x 6200 shot RAW (there is an option to shoot 8-bit TIFF files) was fantastic. Yes it was much slower to shoot to get images of this resolution, but that's fine. Slow is good, or at least with these types of pictures. Although the back is digital, you have to remember that the body and lenses are still fully mechanical. It truly felt like I was shooting film, and the clunky process added to the slower and more deliberate process. The camera allows for tethering, which is great for studio or commercial work, but this back should be updated with an SD and C Fast card slot. The battery compartment (it literally hangs off of rails along the bottom of the back) should be redesigned as well.

The bigger issue is the cropped sensor. It would be nice if there was financial incentive to make this sensor larger to properly fit the 6cm x 6cm image area, but it probably won't happen any time soon. Because these digital backs don't sell like the latest greatest mirrorless digital camera system bodies, it's hard for Hasselblad (and Pentax, Mamiya, Fujifilm and the actual sensor manufacturers) to justify updating this digital back with regularity, let alone increasing the size of a sensor format that doesn't sell like other digital sensor formats. That's the biggest problem with the digital medium format. Hopefully sensor technology will advance and allow for larger and cheaper medium format sensors in the near future. Since Fujifilm has recently entered the digital medium format market, this will help drive sales, which will help drop the overall price of these sensors, which will allow other manufacturers to enter this segment of the market at a more reasonable price point. 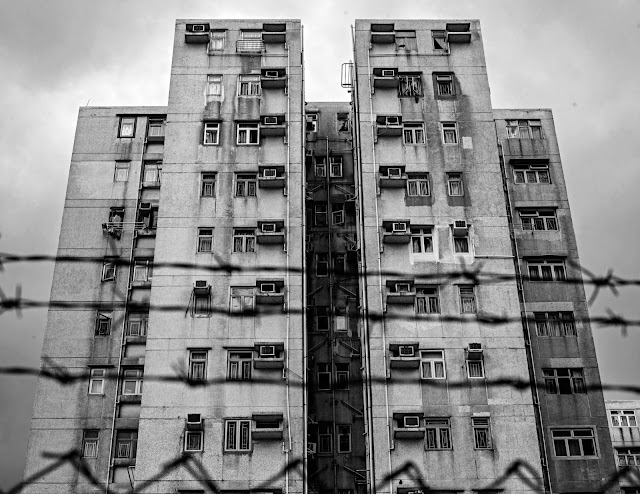 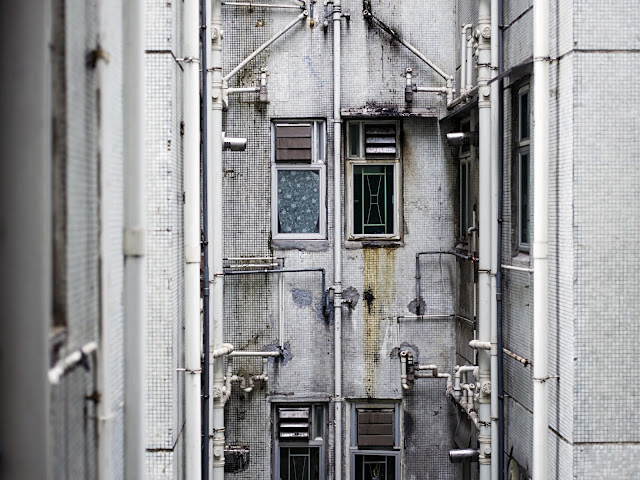 Moreover, I'm happy that digital medium format exists, and I'm happy that there is a digital back for the Hasselblad V system. Imagine if 120 film is discontinued sometime in the distant future? Knowing that the 60 year old Hasselblad V system would continue to exist as a digital camera helps me sleep better at night. These iconic medium format cameras are not just part of photographic history, but are part of the digital present, even if it's only for an exclusive few. Since I was only able to shoot with this combination of the 500CW body, 80mm f/2.8 Carl Zeiss T lens and the CFV-50c digital back for a few days, this is by no means a full review. I would have loved to try this camera to shoot portraiture, fashion, commercial product shots, as well as landscape. Thank you Raymond Choy of SHRIRO HK for loaning me this camera for a few days while I was in Hong Kong. Please enjoy my YouTube video of this very unique digital camera back system.